The Christian Bürkert Stiftung bears the name of the entrepreneur Christian Bürkert (1915 – 1971), who with visionary foresight, a creative spirit of inventiveness and enormous resourcefulness founded an electrical engineering shop in Ingelfingen in 1945, which developed into a worldwide leading supplier of fluid control systems. Early on, he had already considered transforming the enterprise he had established in a foundation. He was inspired by exemplary foundations such as those of Zeiss and Bosch. Seeing as he lost his life in an air crash in 1971, however, he was never able to establish a foundation.

Christian Bürkert and his wife, Dorothee Bürkert (1926 – 2012), were guided by Christian principles and were both very open-minded and interested in social and cultural affairs. 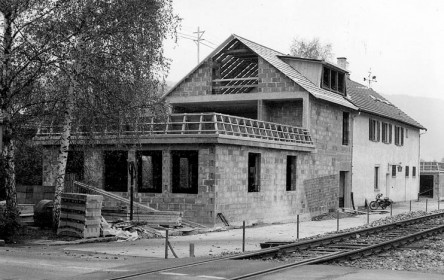 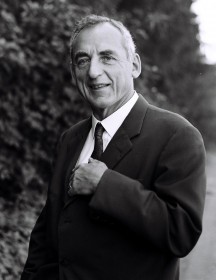 Christian Bürkert (1915 – 1971) grew up on his parents’ farm, the Bühlhof, near Ingelfingen, attended grammar school and secondary school, completed a toolmaking apprenticeship and studied electrical engineering in Berlin. After that he was active in the development of cathode ray tubes at Schaub-Lorenz.

Back in Hohenlohe after the war, Christian Bürkert recognised the high demand for poultry meat, even though the farmers did not have enough chicks. He quickly developed a temperature controller for incubators that kept the required temperature exactly constant to within 0.1°C. These incubators were highly sought after. After only a few weeks, Christian Bürkert was able to found a company for incubators and brooders, which was entered in the Register of Craftsmen on 16 November 1945. The first production site was a basement room on his father’s farm. He soon leased rooms in Ingelfingen’s forge called the “Münze” and the castle. In 1948, Christian Bürkert erected the company’s first building. The premises were used from the beginning for the training of apprentices, in keeping with the founder’s concern for offering opportunities to the rural population in the Hohenlohe region.

In the following years, Christian Bürkert came up with innumerable inventions in the field of measuring and control technology, for which he became the proprietor of numerous registered utility models and more than 140 granted patents, both national and international. He was definitely ahead of his time by recognising the international markets and establishing a worldwide sales network. In 1956, he opened his first branch plant abroad. In 1957, with the manufacture of solenoid valves for washing machines, he achieved the breakthrough into mass production. The moulding of solenoid valve systems with synthetic resin made his company a technological leader.
Christian Bürkert travelled on business throughout Europe in his twin-engine plane. Tragically, he was killed when his plane crashed on 21 October 1971 near the Azores during a solo flight across the Atlantic. 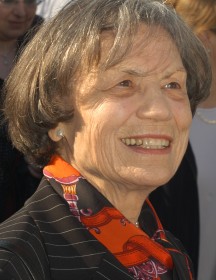 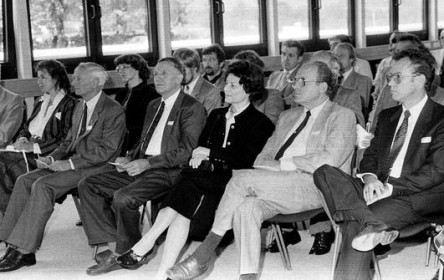 Dorothee Bürkert née Gauß (1926 – 2012), a pharmacist, was responsible for the company after her husband’s sudden death. Thanks to capable employees and the cohesion of the shareholder family, she was able, as the business manager, to continue Christian Bürkert’s life’s work. She accompanied the development of the corporate group for a period of 40 years. During that time, her priorities were the well-being of the employees and their families, the safeguarding and creation of jobs, as well as vocational and advanced training.

In 1978, Dorothee Bürkert founded the Christian Bürkert Stiftung for the promotion of vocational and advanced training as well as social and charitable activities. She personally supported many social, cultural and church activities in the Hohenlohe region. Dorothee Bürkert never considered honours for her commitment to diverse causes to be personal achievements, but rather recognition for the accomplishments of the people in the company and for the life’s work of her husband. Up until her death in 2012, the name Dorothee Bürkert stood for philanthropy and humility as well as for socially responsible entrepreneurship.

The corporation Christian Bürkert GmbH & Co KG is a leading manufacturer of process measuring and control systems for liquids and gases, headquartered in Ingelfingen. The products and systems are used in more than 300 different industries, such as breweries, lab technology, medical engineering and even aerospace technology. The product spectrum encompasses solenoid valves, process and analytical valves, pneumatic actuators and sensors. In addition, Christian Bürkert GmbH & Co KG also offers complete systems and application solutions to cover the needs of its customers. In addition to its headquarters in Ingelfingen, Bürkert operates production plants in Criesbach, Gerabronn and Öhringen as well as in Triembach-au-Val in Alsace, with more than 3000 employees worldwide. The company is represented in 36 countries through independent subsidiaries. For custom solutions, there are five Systemhaus facilities in Europe, the USA and China.